Family Values Change With
The Culture But The Truth
Of Scripture Does Not Change.

Contrary to what some Christians believe, family values have not been consistent over time. Our values change with the culture we confront. The way the church interacts with the culture also changes over the centuries. The truth of scripture does not change but values have changed radically over the last six thousand years. 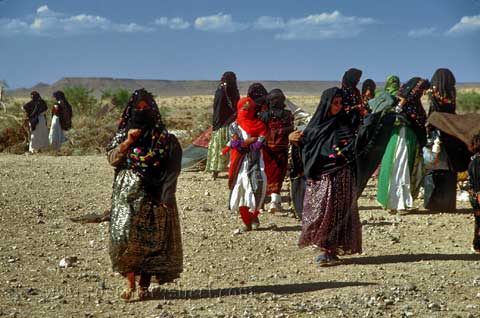 Many Christians believe that twenty-first century, Christian values are exactly the same as values in Genesis 6000 years ago. They think everyone has always been against polygamy, against gay marriage, against marrying close family members. They believe God could never bless those "lifestyles" even though scripture is abundantly clear that God did bless and affirm those lifestyles.

It doesn’t take a rocket scientist to demonstrate how disconnected current Christian culture war beliefs are from the historical record in Genesis.

Why did Adam and Eve’s children
marry each other?

They had to marry their own brothers or sisters because there was no one else around for them to marry. Marriage with close family members represents genuine Genesis values. Their beliefs and practices were not wrong way back then. 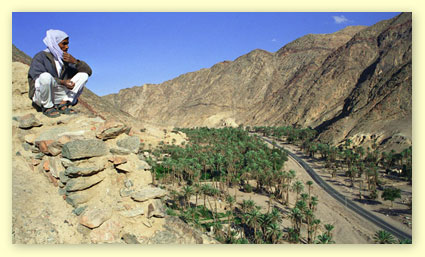 surveying the arid landscape. Those practices were culturally accepted by people we view as heroes of the faith and polygamy was also legal in the ancient near east. Adam and Eve and their children interacted with the culture of their day as they found it, which is precisely what we should be doing on the issue of homosexuality.

Abraham married his half-sister Sarah and had a marriage with her that lasted more than 100 years, Genesis 20:2, 5, 12, 16. And God blessed them with a son of promise, Isaac, in their marriage.

or sister would be wrong.

Those practices go against our modern cultural values and modern laws about marriage. The truth of scripture has not changed but our cultural perceptions and our laws and values have changed.

We now have more than 7.5 billion people on earth today (January 16, 2019) so no one has to marry his brother or sister. Early in Genesis, they had only a small family.

There were no marriage partners available for Adam and Eve’s children except their brothers and sisters. Our lives and circumstances are different today yet the Bible is just as true now as it was then.

The authentic Biblical values of polygamy, marriage with slaves, marriage with virgin prisoners of war and marriage with concubines, are as much a part of values back then as the marriage of Adam and Eve. That does not necessarily mean we should be practicing those 5000 - 6000 year old values today.

Yet scripture calls Abraham “the friend of God” and includes him in the genealogy of Christ.

Have you ever wondered how Abraham could marry his sister and other women and still be right with God?

Have you ever wondered how modern Christians can hold up Abraham as an example of faith yet insist that no one today should follow his example in marriage? If Abraham was alive today, would any modern church let him preach in their pulpit or teach in their Sunday School?

No, of course they would not because Abraham had multiple wives and concubines and spent most of his adult life in an incestuous sexual marriage relationship with his half-sister, Sarah, Genesis 20:2, 5, 12, 16.


The truth of scripture has not changed but cultural values and laws and our perception of what God will accept have changed. Abraham was a good man and Sarah was a good woman. He is called the friend of God. But Abraham's family values and "lifestyle" would not be acceptable to most non-gay and gay Christians today.

Christians do not accept
those family values today

Many Old Testament family values are not acceptable today but they were perfectly fine for our spiritual ancestors. For example, God affirmed the family value of ancient polygamy by choosing children from each of Jacob’s four wives to become the twelve tribes of Israel.

Family values in scripture are
much different than some
Christians would have us believe.

This is not an attack on scripture or on heroes of the faith. I love the scriptures and believe every word of the Bible, from Genesis to Revelation.

Most modern Christians agree that polygamy, concubinage, forcibly marrying slaves and killing captured enemy soldiers to marry their virgin daughters would be sinfully wrong for us to practice. Such practices are not part of modern Christian family values.

Yet God approved and blessed those practices thousands of years ago. Those practices were part of the religious culture and family values of our pre-Christian Jewish ancestors. And yet, strangely enough, those ancient biblical family values did not destroy the family as the foundational unit of society.

Same sex marriage today is no different than polygamy, concubinage and incestuous marriage then.


King Saul (some believe this is Jonathan) listens to David playing his harp.

After all, polygamy and incest were part of scriptural family values
in Genesis long before anyone debated gay marriage.

The children of Adam and Eve and the example of Abraham and Sarah prove that God affirmed polygamy and incestuous marriage in ancient times.

of Focus On The Family

To argue now, as do Dr. Dobson and Focus on the Family, that same sex marriage will lead to polygamy and incest, would be laughable were it not so sad. The very people who claim to be upholding family values seem ignorant of the family values in the Bible they profess to believe.

One would think Focus on the Family and the church would affirm gay marriages but unfortunately, that is not the case in most churches.

I respect Dr. Dobson and Focus on the Family for affirming heterosexual families. It makes me sad that they lack the Christian grace to also affirm
loving gay and lesbian families.

Non-gays argue that legalizing gay marriage will start us down the slippery slope to polygamy and destruction of the family. If six thousand years of incest, polygamy, concubinage and levirate marriage among believers have not destroyed the family, gay marriage certainly will not.

Helpful Links to make you think.

Jonathan and David were a real couple

The Holiness Code was aimed at Israel

In ancient times, gay men and lesbians were sometimes referred to as "born eunuchs."