Without natural affection, ἄστοργος astorgos,
is never used in the Bible to refer to homosexuals.


Please do not allow anti-gay Christians to steal your peace of mind. They love to do that by misrepresenting what the Bible says or by taking verses out of context. Some of them use the words found in Romans 1:31 and 2 Timothy 3:3, to condemn homosexuals. Their faulty thinking goes like this. It's only natural for men to love women and women to love men.

Gays and lesbians do not love that way and straight Christians can't figure out why so they conclude that same sex love between two men or two women is unnatural or against nature. It then becomes a knee-jerk reaction for those Christians to attack gays and lesbians by insisting that when Paul said: "without natural affection," he was talking about gays and lesbians.

Question: Is the anti-gay view on these verses
the predominant Christian view down the centuries?


No, absolutely not! In their zeal to attack lesbians and gays, many non-gay Christians assume the Bible supports their mean- spirited views when, of course, it does not. Anti-gay Christians are prisoners of their own prejudices. Regardless what some anti-gay Christians believe, many conservative Bible scholars are on record stating that Romans 1:31 and 2 Timothy 3:3 are talking about lack of love in families (something many gays have experienced), rather than homosexuality.

The English phrase "without natural affection," translates the Greek word, astorgos. It has absolutely nothing to do with homosexuality or with being gay, lesbian, bisexual or transsexual. The Greek word, astorgos, did not refer to same sex activity in secular Greek usage and it does not refer to homosexuality or same sex activity in the two verses where it occurs in biblical Greek.

astorgos, from a = without + storge  = family love

Astorgos, literally means, without family love or with-out natural affection for kindred and is frequently used of parent-child relationships. Astorgos is never used in the Bible to refer to same sex relationships yet it could very well be used to describe the vicious way some Christians treat their gay and lesbian children.

Astorgos was used in secular Greek literature to describe women who had many love affairs and as a result did not have that nobler love for their husbands which they should have had.

And the brother shall deliver up the brother to death, and the father the child: and the children shall rise up against their parents, and cause them to be put to death. Matthew 10:21

Although Jesus does not use the word, astorgos, in the Matthew passage, Jesus' statement as recorded by Matthew does provide a classic example of being "without natural affection."

"In verse 3 (2 Timothy 3:3) he uses the word "unloving," astorgos, it basically has to do with natural affection.

It's the love that is natural to the family. It is a natural movement of the soul like gravity, or some other force of our nature to love the people that are a part of our family. It's to love someone who is bound up with us in relationships.

It's a quiet and abiding feeling within us that we are closely bound up with and take satisfaction in the relationships of our family... so says Benjamin B. Warfield in an old Princeton theological review in 1918. It's family love."
- John MacArthur on 2 Timothy 3:3, without natural affection

On the Greek word, Storge: "It designates that quiet and abiding feeling within us, which, resting on an object as near to us, recognizes that we are closely bound up with it and takes satisfaction in its recognition. It is a love that is a natural movement of the soul, something almost like gravitation or some other force of blind nature.

It is the love of parents for children, and children for parents, of husband for wife, and wife for husband. It is a love of obligatoriness, the term being used here, not in its moral sense, but in a natural sense. It is a necessity under the circumstances. This is the binding factor by which any natural or social unit is held together."

- B.B. Warfield, from his article, The Terminology of Love in the New Testament, The Princeton Theological Review, April, 1918 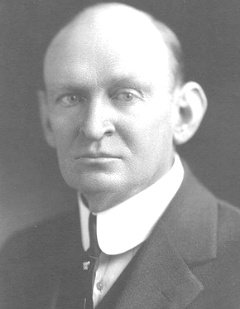 "Without natural affection (astorgouv). Late word, a, privative, and storgh, love of kindred. In N.T. only here and 2 Timothy 3:3."

"The 'natural affection' which Paul is claiming these unsaved people lack as a quality isn't homosexual behavior. His discussion on sexual behavior ends at the conclusion of verse 27 and a new subject begins in verse 28. For Paul to say they lacked natural sexual affection would require him to add the alpha privative to eros; i.e., to invent a Greek word like aneros (or the like, meaning "without sexual affection).

The "natural affection" lacking in Romans 1:31 is more like parental affection. Think of today's "pro-choice" movement that induces women to kill their unborn children and you won't be far from the mark. But astorge as homosexual behavior? Not hardly, sir. That's described in verse 26-27." from the International Standard Version blog, on astorge. As of 4-29-2012, they have removed this quote from their website.

"Without natural affection to their own children."

The Greek word, astorgos (Strong's 794), is translated into our English phrase, without natural affection." Astorgos, is composed of the Greek negative prefix, a, (meaning not or without) plus the root, storge, which is defined as, love within a family or familial love.


"This phrase “without natural affection” is the translation of one Greek word, astergeo. It was a characteristic of many pagans of the ancient world. Significantly, it is also prophesied to be a characteristic of the humanistic pagans of the end-times. “In the last days . . . men shall be . . . without natural affection” (II Timothy 3:1–3). These are the only two occurrences of this word in the New Testament.

The word stergeo (“natural affection”) is one of four Greek words for “love,” but it is never used at all in the New Testament. It refers to the natural love that members of the same family have for each other.

It is such a common characteristic of all peoples that there was apparently no occasion to refer to it at all—except when it is not present, when people lose their instinctive love for their own parents and children, and thus are “without natural affection.” One thinks of the widespread abortionism of these last days, as well as the modern breakdown of the family in general."
Henry Morris, Ph.D., Institution for Creation Research

Barnes' Notes on the New Testament


"Without natural affection" - This expression denotes the want of affectionate regard towards their children. The attachment of parents to children is one of the strongest in nature, and nothing can overcome it but the most confirmed and established wickedness.

And yet the apostle charges on the heathen generally the want of this affection. He doubtless refers here to the practice so common among heathens of exposing their children, or putting them to death. This crime, so abhorrent to all the feelings of humanity, was common among the heathen, and is still.

The Canaanites, we are told, Psalms 106:37,38, "sacrificed their sons and their daughters unto devils, and shed innocent blood, even the blood of their sons and their daughters, whom they sacrificed unto the idols of Canaan." Manasseh, among the Jews, imitated their example, and introduced the horrid custom of sacrificing children to Moloch, and set the example by offering his own, 2 Chronicles 33:6.

"Without natural affection." Among the ancient Persians it was a common custom to bury children alive. In most of the Grecian states, infanticide was not merely permitted, but actually enforced by law. The Spartan lawgiver expressly ordained that every child that was born should be examined by the ancient men of the tribe, and that if found weak or deformed, should be thrown into a deep cavern at the foot of Mount Taygetus.

Aristotle, in his work on government, enjoins the exposure of children that are naturally feeble and deformed, in order to prevent an excess of population. But among all the nations of antiquity, the Romans were the most unrelenting in their treatment of infants. Romulus obliged the citizens to bring up all their male children, and the eldest of the females - proof that the others were to be destroyed.

The Roman father had an absolute right over the life of his child, and we have abundant proof that that right was often exercised. Romulus expressly authorized the destruction of all children that were deformed, only requiring the parents to exhibit them to their five nearest neighbours, and to obtain their consent to the death.

"Without natural affection." Pliny, the elder, defends the right of parents to destroy their children, upon the ground of its being necessary in order to preserve the population within proper bounds. Tertullian, in his apology, expresses himself boldly on this subject.

"How many of you (addressing himself to the Roman people, and to the governors of cities and provinces) might I deservedly charge with infant murder; and not only so, but among the different kinds of death, for choosing some of the cruellest for their own children, such as drowning, or starving with cold or hunger, or exposing to the mercy of dogs; dying by the sword being too sweet a death for children."

Nor was this practice arrested in the Roman government until the time of Constantine, the first Christian prince. The Phoenicians and Carthagenians were in the habit of sacrificing infants to the gods." - Barnes' Notes on the New Testament

Does Jude 6-7 describe gays and lesbians?

Can you tell me how to
know for sure I'm saved?


Did you know the Bible never
compares homosexuality to beastiality?


Do you know the secrets Exodus International
does NOT want you to know?


From without natural affection,
Return to Gay Christian 101 Home Page.