Why does the Bible focus on their intimate
loving same sex partnership? 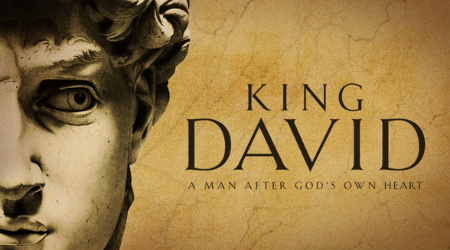 King David, a man after God's own heart

Did God bless David and Jonathan, a same sex couple in romantic committed sexual partnership? Scripture devotes more chapters to their incredible love story than any other human love story in the Bible. What does God intend us to learn from that dramatic emphasis?

The story of Jonathan and David has long been a favorite of gay people, who easily identify with the challenges these intimate friends faced. 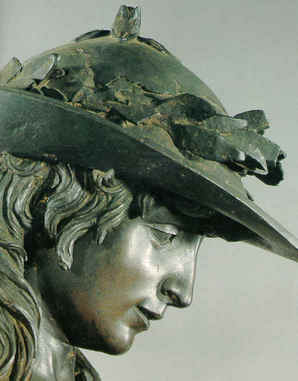 "Donatello was one of the greatest artists who ever lived and was in some ways the central figure of the Renaissance.

Before him, artists were aware of definite limits to what could or ought to be done in art.

Donatello was so consistently and shockingly original that after him, all the limits seemed to have disappeared, so that an artist was constrained only by his powers." - Paul Johnson, The Renaissance

Many gays believe that Jonathan and David were romantically in love with each other and were accepted by almost everyone in Israel as a married couple, based on the way God presents their story in scripture, 1 Samuel 17-31, and based on the Hebrew words used to describe their relationship.

Some gays and many non-gays disagree, insisting that florid language and men kissing men is typical Middle Eastern behavior and in no way indicates a homosexual relationship. Non-gays allege that the Bible strictly forbids all homosexual activity therefore Jonathan and David could not be gay. Their reasoning is that if J & D were gay lovers, God would not laud their partnership in the Bible in such a positive way.

Did Jonathan and David do anything
that might indicate they were gay?

Scripture speaks in glowing terms of Jonathan and David’s loving intimacy, making a covenant of the LORD, exchanging clothing, embracing, weeping together, hugging and kissing each other.

Jonathan loved David and so they consistently make time alone together and when alone, affirm their love for each other. Each time they reaffirm their covenant, love for each other is the justification given in scripture. Jonathan goes against his father, his family, his opportunity to be Israel’s King, in favor of supporting David.

David and Jonathan - their intimate
friendship is clear in the Bible

If Jonathan and David did enjoy a romantic sexual relationship, the Old Testament book of 1 Samuel presents interesting challenges and immense opportunities for twenty-first century Christians.

Is it possible that God so carefully preserved the David and Jonathan story in scripture to encourage the church to welcome saved gays and lesbians as equal members in the body of Christ? I believe this was precisely God's purpose. 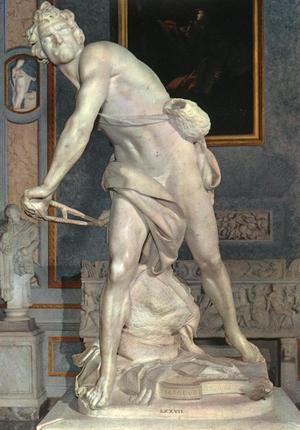 David with his sling and five smooth stones, 1 Samuel 17:49
The Traditional Viewpoint

Jonathan and David formed only a political covenant and a close, loving, nonsexual friendship. This is the view of most non-gay commentators and most Christians, including gay Christians.

The Secular Gay Viewpoint - Jonathan and David were sexually intimate but were not a partnered couple since both were bisexual and eventually married women. This is the view of many secular gays.

The Minority Gay Christian Viewpoint - David and Jonathan, King Saul and all Israel viewed Jonathan and David as a married couple who formed a lifelong emotional romantic sexual bond lasting some fifteen years until Jonathan's untimely death in battle with the Philistines, 1 Samuel 31:2. This is the view of some gay Christians although not the majority view among gay Christians.

Direct evidence is clear evidence of a fact or event which requires no additional thought to prove its existence. Direct evidence is eyewitness testimony, such as King Saul in 1 Samuel 20:30, what a witness said, saw or heard that relates directly to the issue in dispute.


1. The testimony of the Holy Spirit, Who moved the writers of scripture to record what they wrote. 2 Peter 1:21.

2. The testimony of David about his relationship with Jonathan.

3. The testimony of Saul about Jonathan and David’s relationship.

4. The testimony of Jonathan about his relationship with David.

5. The Hebrew words used by the Holy Spirit to describe Jonathan and David’s relationship.

This requires weighing the evidence since, with circumstantial evidence, there is an inferential gap between the evidence and the matter to be established.

The question to be answered when dealing with circumstantial evidence is whether the evidence, if believed, could reasonably support an inference of guilt.

From David and Jonathan, Return To Gay Christian 101 Home Page

Are you sure there are no Gay couples in the Bible?

Have you seen these gay analogies in the Bible?

Who is responsible for Jonathan and David receiving so much emphasis in the Bible?