Homosexual eunuchs are a normal and
natural part of God's wonderful creation.

Homosexual eunuchs
are loved by God.

Homosexual eunuchs? Here we examine the teaching of Jesus, Jews and ancient Roman Law about eunuchs. Matthew 19:3-12 gives us God’s view of hetero marriage and natural exceptions to hetero marriage as Jesus intended His disciples to understand them. Did you know that some eunuchs were gay men and lesbians?

The Ancient Roman and Talmudic Definition of Natural Eunuchs presents proof that gay men in ancient times were natural eunuchs, physically intact, capable of procreation yet not interested in women. This truth was codified in Roman law.

"And the pagans, of course, commonly made eunuchs and many parents even mutilated their children to prepare them for service to the idols. And this was always a Satanic practice."

MacArthur continues: "I would just add as a footnote that God offers grace to such people. According to Isaiah 56 verse 3,

"Neither let the son of a foreigner that hath joined himself to the Lord speak saying, The Lord hath utterly separated me from His people, neither let the eunuch say, Behold I'm a dry tree."

In other words, if you've done this, you don't have to be totally despairing,

"For thus saith the Lord unto the eunuchs that keep My sabbath and choose the things that please Me and take hold of My covenant, even unto them will I give in Mine house and within Mine walls a place and a name better than a name of sons and daughters and I will give them" and I love this, "an everlasting name that shall not be cut off."

That's pretty practical. You may cut some things off, [castration] but you'll never cut that everlasting name off if they come to Me in faith. So God offers grace to the transsexual or the eunuch."

John MacArthur's online sermon about: the sin of homosexuality. Gay Christian teaching about homosexual eunuchs is historically accurate. We trust that Pastor MacArthur will acknowledge this truth.

First admission: Leviticus 18:22 and 20:13 are in the context of temple prostitution.

Second admission: "Probably "born eunuchs" in the ancient world did include people homosexually inclined, which incidentally puts to the lie the oft-repeated claim that the ancient world could not even conceive of persons that were congenitally influenced toward exclusive same-sex attractions."

Robert Gagnon's Answers to Emails has the above quote 4/5 of the way down the page identified as a January 7, 2007 entry, at the link given above. Our teaching about homosexual eunuchs is factually and historically accurate.

Based on MacArthur's and Gagnon's remarks and The Ancient Roman and Talmudic Definition of Natural Eunuchs, we say that our gay Christian viewpoint is NOT private interpretation nor is it homosexual eunuchs trying to alibi our 'sinful' choices. Our views are historical facts which honor God.

Jesus said some homosexual eunuchs
are born that way,
from their mother's womb.

According to Jesus in Matthew 19:3-12, eunuchs are not sick nor are they diseased nor are they in need of healing. Nothing in Matthew's gospel and nothing in Jesus' words indicates that eunuchs need to be fixed or repaired or restored to an honorable position in Jewish society. Instead, Jesus holds up eunuchs as examples to emulate - they already hold an honored place in Jewish society.

Contrary to the scenario in Isaiah 56:3-8, where the righteousness of God will be revealed and where eunuchs are promised future restoration to a place of honor in Jewish society, seven hundred years after Isaiah, Jesus elevates eunuchs by holding them up as already in a place of honor.

Throughout His earthly ministry, Jesus graciously heals the lame and the blind, people sick with fevers, people with leprosy and people with issues of blood. He even casts out devils and raises the dead and in every case, the people Jesus healed resume their normal place in society.

Born eunuchs are part of God's plan. Lesbians, gays and transgendered people are part of the group known as eunuchs in ancient times. We do not need healed and we do not need to become heterosexual to be pleasing to God or to serve God - homosexual eunuchs can serve the LORD with gladness as born again Christians in the body of Christ.

It is interesting to note that Jesus does not state or imply that born eunuchs exit the womb with deformed genitals. Instead, Jesus carefully distinguishes between born eunuchs and eunuchs who have been physically castrated, whether by illness or by men.

Jesus makes a further distinction between born eunuchs and eunuchs who make a personal choice to voluntarily abstain from sexual relationships for the kingdom of heaven’s sake.

According to Jesus, born eunuchs are exempt from the Adam and Eve style heterosexual marriage paradigm. Traditionalists read into that exemption that all eunuchs must therefore be celibate, an assertion Jesus was careful not to make.

The important point about eunuchs isn't that they never married. Some eunuchs did marry and ancient Roman law made provision for some eunuchs to marry. What set eunuchs apart was that they tended not to reproduce unless they were slaves and their Roman masters used their reproductive ability to make money by selling their children or using them as slaves.

Jesus did NOT prohibit gay marriage.

for born eunuchs in Matthew 19:11-12. To read a prohibition of gay marriage into the passage, when the passage does not say that, is to go beyond what scripture says. It seems clear in Matthew 19:11-12, that Jesus did not expect homosexual eunuchs, born eunuchs, gay people, to abstain from loving committed same sex marriage relationships or gay marriage.

Is there room in Matthew 19:3-12, to allow homosexual eunuchs the right to legal gay marriage? I believe there is room. How do I arrive at that conclusion? In the passage, Jesus intentionally differentiates between born eunuchs and the class of eunuchs who voluntarily abstain from marriage.

The Testimony Of Roman Law

AD 483-565, who codified Roman Law, from a mosaic at the Church of San Vitale, Ravenna, Italy 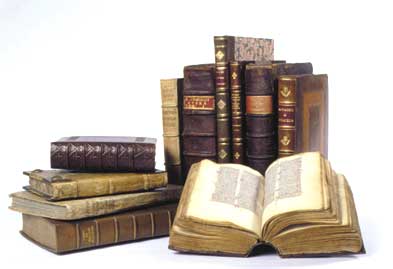 Ulpian’s legal commentaries are among the two thousand ancient books consulted by Justinian’s scholars and form the basis of one third of Justinian’s Digest.


“The name of eunuch is a general one; under it come [1] those who are eunuchs by nature [born eunuchs], [2] those who are made eunuchs [by castration or crushing], and [3] any other kind of eunuchs [those who voluntarily abstain from marriage].”

According to Ulpian and Roman Law, a eunuch is NOT always a castrated man

Some eunuchs are born eunuchs. No human being made a “born eunuch” into a eunuch by castrating him. Ulpian, the foremost Roman legal expert and the Roman Law itself, which was much older than Ulpian, and our Lord Jesus Christ, in Matthew 19:12, are in agreement that there are three classes of eunuchs.

The first class of eunuchs mentioned by Jesus and by Roman law, are natural eunuchs (born eunuchs), so born from their mother’s womb.

These born eunuchs or homosexual eunuchs were physically intact men, capable of reproducing but apparently not interested in sexual relationships with women. Should they be condemned to a life of celibacy?

St. Paul said it is better to marry than to burn" [in lust], 1 Corinthians 7:1-9. It seems nothing more than a matter of common decency and common sense that homosexual eunuchs or born eunuchs, should be allowed same sex marriage, to meet the companionship, emotional, physical, sexual and spiritual needs which are innate in all human beings.

Ancient Roman Law Is Clear - Some Eunuchs Were NOT Physically Castrated

Roman Law is clear - a eunuch was not always a castrated man.

Uncastrated eunuchs, what scripture and Roman Law describe as born eunuchs or natural eunuchs, (what some understand as homosexual eunuchs) were capable of marriage and were legally allowed to marry a woman.

If a man who was NOT castrated
could be considered a eunuch,
what made him a eunuch?

The common sense answer is: "His lack of desire for a woman, his inability to feel sexually attracted to women and in some cases, his repulsion from marrying a woman." If a eunuch was a man who was not sexually interested in women, why would a eunuch decide to marry a woman? 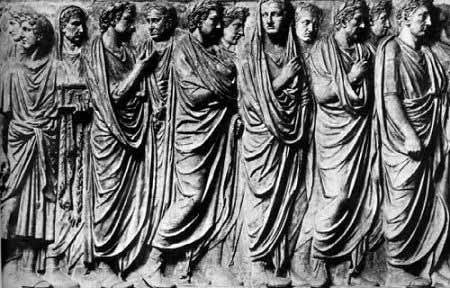 Heterosexuals sometimes opine that gay people constantly flaunt their sexual orientation. In the opinion of many heterosexuals, gay people should keep quiet about their sexual orientation and “just fit in.” Yet when we assert that perhaps a homosexual eunuch tried to “fit in by marrying a woman,” traditionalists immediately insist gay men would not have done that. Perhaps "fitting in" was what homosexual eunuchs who married women were attempting to do.

Roman Law said some eunuchs are
NOT diseased (not castrated)

Roman Law points out that those who sell slaves are required to inform purchasers of any disease or defect in the slave. Roman Law defined disease as an unnatural physical condition which impairs use of the body for the purposes for which it is intended. Those purposes can include procreation. Ulpian, in the Roman Law, then remarks on eunuchs.

"To me it appears the better view that a eunuch is not diseased, any more than one who, having one testicle, is capable of procreation."

According to Ulpian, Roman Law did not view all eunuchs as diseased or defective. In other words, a born eunuch had not been castrated and did not suffer from genital deformity. Some eunuchs were capable of procreation yet were regarded differently than men who were not eunuchs.

What accounts for the difference? Could it be that the homosexual eunuch was not sexually attracted to women?


Based on Roman Law, we understand that some eunuchs were capable of procreation. This procreative capability becomes important in the context of Roman slavery. Slaves who could reproduce enriched their masters by producing children. The statements about eunuchs in Roman law are in the context of slavery.

The New Testament was written in the Roman Empire. Jesus and the authors of the New Testament lived under Roman Law, therefore it is important to consider ancient Roman law on this issue.

For this reason, when Jesus, Ulpian and Roman Law define what a eunuch is, their definitions carry greater evidentiary weight than definitions in modern Greek lexicons or Bible Dictionaries. Homosexual eunuchs are a fact of history and a fact of life.

Ulpian, perhaps the most important human expert on Roman Law, reminds us that eunuchs are not always physically castrated men. Eunuchs by nature, according to Ulpian, are born that way, are physically intact and capable of procreation.

We have seen that, according to our Lord, Jesus Christ and according to Roman Law, all eunuchs were not castrated men. Our next page will examine ancient Jewish documents and ancient Christian preachers to see what they believed about eunuchs.

The Ancient Roman and Talmudic
Definition of Natural Eunuchs

What was a sodomite
in the Bible?