The Sin Of Sodom According To Jesus Was NOT Homosexuality 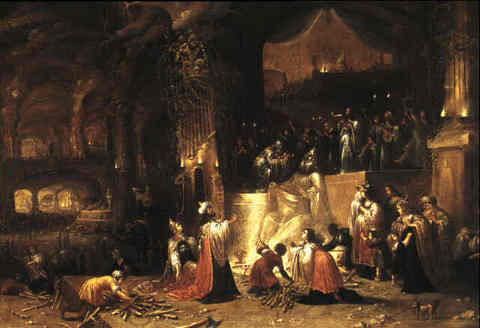 Pagan worshipers of the fertility goddess


Some archeologists believe this is Lot's Cave, where Lot fled with his two daughters, to escape the destruction of Sodom.


For 1700 years after God destroyed Sodom, the human authors of the Bible and the Jews as a nation described Sodom's sin as lack of hospitality, idolatry, greed or gluttony but none of them links the sin of that ancient city to gays. If God wanted us to believe that Sodom had a homo problem, God would have clearly stated that in the Bible. If the problem in Sodom was those crazy gays and lesbians running wild, surely some Jewish rabbi or secular historian would have mentioned that in the 1700 years after Sodom's destruction.

What Was The Sin of Sodom?

The wickedness of Sodom is well attested in ancient Jewish writings yet the biblical witness never links Sodom to homosexuality.

Reproduction of an ancient Hebrew scroll.


The belief that God destroyed Sodom because of homosexuality is a late interpretation. It came into being 1700 years after the destruction of Sodom. No human author of the Old Testament linked Sodom with being gay. In fact, until the inter-testamental period, around 163 BC to AD 93, it is difficult to find any Jewish literature which links Sodom with homosexuality. Since the biblical text makes no mention of homosexuality, anti-gay commentators must read into the text, something the text does not say, in an attempt to make scripture say what they wish it said.

Around the time of Christ, Talmudic scholars reacting to cultural pressure, allowed Platonic philosophy to influence their interpretation of Genesis 19. 1700 years after events in Sodom, Jewish philosophers began to reinterpret the Sodom story to reflect the views of Greek philosophers, including Plato’s view of human sexuality. This Hellenistic influence is reflected in the Sibylline Oracles, where the emerging Jewish reinterpretation, links Roman pederasty and prostitution to sinful Sodom.

Later, around the time of Christ, two Jewish writers, Philo, the Alexandrian philosopher, 20 BC-AD 40, and Josephus the Roman/Jewish historian, AD 37-100, made similar allusions and they are now cited by Christian traditionalists to defend their theory that the Sodom story is about homosexuality. Is there a more plausible explanation why Jewish writers 1700 years after the destruction of Sodom, began to link Sodom to pederasty and male prostitution?

Cultural Pressures On Diaspora Jews
And The Sin Of Sodom


The Jews of the Diaspora faced a desperate situation. Because of their sin of idolatry, God had driven the Jews from the land of Israel and scattered them, via the Diaspora, throughout the known world.


Despite losing their homeland, Jews maintained their distinctive culture and language, resisting assimilation into foreign cultures. Then Philip of Macedon, 382-336 BC, conquered Greece, with its culturally enshrined celebration of pederasty, an older male in sexual relationship with a younger male. Throughout Old Testament history, Jews often rebelled against God by rejecting true worship of Jehovah and embracing shrine prostitution, which involved using same sex rituals to worship the Canaanite fertility goddess. Sexual worship of the fertility goddess has no connection to modern gay relationships.

In the Bible, individuals who engage in same sex activity in worship of the fertility goddess are called sodomites. The term "sodomite" has no linguistic relationship to the inhabitants of Sodom or their biological descendants. People with an anti-gay agenda insist that the term sodomites describes the men of Sodom and therefore modern homosexuals are rightly called sodomites. Notice however that the Hebrew words translated Sodom and shrine prostitute, translated sodomite in the KJV, are linguistically unrelated. Therefore it is dishonest and incorrect to refers to gays as sodomites.

The Jewish Diaspora -
Scattered Among The Nations

The spiritual apostasy of the Jews was one cause of the Diaspora, when God drove the Jews from Israel and caused them to be scattered among the nations. After Philip of Macedon died (336 BC), his son, Alexander the Great, 356-323 BC, consolidated his hold on Greece and in twelve violent years, conquered much of the known world. Greek culture, Greek sexuality and Greek social beliefs exerted enormous pressure on Jewish culture.

The Old Testament is filled with stories about Jews adopting the cultural mores and religious worship of their pagan neighbors. God's prophets including Isaiah, Jeremiah, Ezekiel, Hosea and Amos, preached against the worship of false gods. Hundreds of years after those prophetic warnings, the pagan influence of Greek culture during and after Alexander’s reign, threatened to destroy Jewish culture. 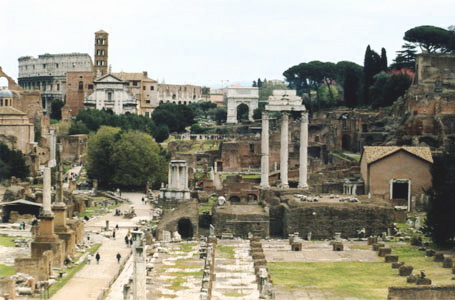 In 63 BC the Roman Republic, which embraced Greek culture and tolerated pederasty and shrine prostitution, under the leadership of General Pompey Magnus, conquered Judea. How could Jewish culture withstand the influence of Greek and Roman culture, which embraced shrine prostitution and celebrated same sex relation-ships? Something had to be done to counteract the immense cultural pressure and preserve Jewish identity.

Reacting to Syrian and Greek religious and sexual mores and later, to Roman religious and sexual mores, Rabbis and Jewish philosophers adopted Plato’s view of human sexuality. They began to reinterpret the Sodom story in Genesis 19 as God’s condemnation of same sex activity. Unfortunately this late Jewish reinterpretation diverged from the biblical witness of Israel’s prophets, about Sodom. Philo and Josephus departed from the biblical witness, forsook the trajectory of biblical truth and wrote what they wrote under this Jewish reinterpretative influence.

Will Jesus affirm or deny the Jewish reinterpre-tation about the sin of Sodom? When Jesus begins his public ministry, He instructs His disciples to depend on the hospitality of strangers as they preach the gospel, Matthew 10:11-15. Our loving Savior informs His disciples that Jewish cities which do not display hospitality to His disciples will be judged more harshly than Sodom and Gomorrah.

“Verily I say unto you, It shall be more tolerable for the land of Sodom and Gomorrah in the day of judgement, than for that city” [which will not receive you]. Matthew 10:15. 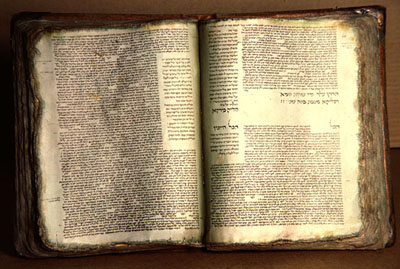 Old folio copy of the BabylonianTalmud

If Jesus accepted the Jewish revision of the Sodom story so popular in the first century, that the sin of Sodom was being gay or having gay sex, this was His opportunity to make His views crystal clear. Yet Jesus never links Sodom with same sex activity of any kind.

Instead of affirming homosexuality or same sex activity as the sin of Sodom, Jesus says that Jewish cities which reject His disciples, thereby committing the sin of Inhospitality, and refuse to hear their message, will receive judgment more harsh than Sodom received.

Have you considered that amazing fact? Jesus believed that rejecting His disciples and their message about Messiah and refusing to show hospitality was a worse sin than anything that happened in Sodom. Do you agree with Jesus?

Had Jesus believed about homosexuality, what modern conservative Christians believe about homosexuality, we would expect Him to condemn same sex relationships when He talks about Sodom. Yet when He mentions Sodom, Jesus not only refuses to condemn same sex relationships, He also rejects the first century view point expressed by the Sibylline Oracles, Philo and Josephus.

The sin of Sodom according to Jesus, was inhospitality to God's angelic messengers. Here was a perfect opportunity for Jesus to clobber homosexuals. If ever we would expect scripture to clearly state the traditional Christian Complementarian anti-gay position, this is the place yet surprisingly-

Jesus Goes Countercultural
On The Sin Of Sodom

Jesus completely ignores a golden opportunity to clobber gays. Instead of saying something negative about gay or lesbian couples, Jesus stakes out a completely counter-cultural position on Sodom. Jesus refuses to affirm the popular first century Jewish reinterpretation, that Sodom was about pederasty and male prostitution. Jesus ignores the Jewish reinterpretation and simply restates the historic biblical witness, that the sin of Sodom was inhospitality.

Do you have enough courage to agree

with Jesus on the gay issue?

If anyone is qualified to make a judgment about Sodom, it is our Lord and Savior Jesus Christ. He is the ultimate author of the holy Bible and the keenest observer of history in the universe. According to many Christian traditionalists, “the Bible says God destroyed Sodom for the sin of homosexuality.” Yet the written word of God never says that and Jesus the Incarnate Word never said that. In fact, no verse of scripture anywhere in the Bible links gays and lesbians with Sodom.

“And whosoever shall not receive you, nor hear you, when ye depart thence, shake off the dust under your feet for a testimony against them. Verily I say unto you, It shall be more tolerable for Sodom and Gomorrah in the day of judgment, than for that city.” Mark 6:11.


Many Christians scoff at the assertion that the sin of Sodom was inhospitality yet that is precisely the sin Jesus references when He talks about Sodom. Scripture is clear about this. Do you agree or disagree with Jesus about the sin of Sodom?


What did Jews believe about Sodom?

What was Sodom's problem?

What is the sin of inhospitality?

The New Testament and Hospitality.

From sin of Sodom, return to
GayChristian101.com Home Page.