The Babylonian Talmud on Sodom

The Babylonian Talmud on Sodom - How did ancient Jews understand the Sodom story?


The Babylonian Talmud On Sodom provides excellent testimony about the Sodom story, first as oral tradition hundreds of years before it was reinterpreted by Philo in the first century AD. The oral law of ancient Judaism was written down in The Babylonian Talmud beginning about 100 years after the time of Christ. Jewish beliefs were passed down father to son, teacher to student, from generation to generation, by word of mouth.

"The Talmud is, then, the written form of that which in the time of Jesus, was called the Traditions of the Elders." - Rabbi Michael L. Rodkinson, Matthew 15:2.

"The Jewish religion as it is today traces its descent, without a break, through all the centuries, from the Pharisees." - Universal Jewish Encyclopedia, Matthew 5:20.

In ancient times, Torah and Talmud scrolls were stored in earthen scroll jars to protect them from rodents and insects.


The Torah is Jewish scripture, the first five books of the Bible, written by Moses around 1450 BC.

The Talmud is Jewish oral tradition and commentary on the scriptures, which began to be written down as a collection of Jewish literature, after the time of Christ.

For centuries, Jewish beliefs were passed down orally. The oral discussions which eventually became the Talmud as we know it, began to be written down in the first century AD.

The Babylonian-Talmud-on-Sodom
informs our understanding

“Our Rabbis taught: The men of Sodom have no portion in the future world, as it is written, But the men of Sodom were wicked and sinners before the Lord exceedingly: wicked - in this world, and sinners - in respect of the world to come.

Rab Judah said: [They were] wicked - with their bodies [signifying sexual immorality]

and sinners - with their money [meaning greedy, stingy, uncharitable].

'Wicked - with their bodies,' as it is written, How then can I do this great wickedness, and sin against God? (Genesis 39:9).

According to the ancient rabbis, one of the problems in Sodom was heterosexual adultery which is quite different from homosexuality. The example the Rabbis give is Potiphar's wife enticing Joseph to commit adultery with her in Genesis 39:9.

In plainer words, according to ancient Jewish Rabbis, the men of Sodom were having sex with other men's wives, not with other men. Take a moment to get your mind around that. This testimony from the Talmud is 2000 years old. It's not something gay people made up recently.

The Babylonian Talmud on Sodom is so unmistakably clear about the real sin of Sodom. According to our Jewish spiritual ancestors, it was heterosexual lust and sin, not homosexuality.

Our Rabbis taught: The men of Sodom waxed haughty only on account of the good which the Holy One, blessed be He, had lavished upon them.

What is written concerning them [the men of Sodom]... They said: Since there cometh forth bread out of [our] earth, and it hath the dust of gold, why should we suffer wayfarers, who come to us only to deplete our wealth. Come, let us abolish the practice of travelling in our land..."

According to ancient Jewish thought in the Babylonian Talmud on Sodom, one of the sins of Sodom was greed. The inhabitants of Sodom lived in a rich and prosperous land. They did not want to share the blessings of God with travelers through their land. This explains their Inhospitable treatment of strangers and their attempt to gang rape the angel visitors.

Now, if a man [of Sodom] assaulted his neighbour's wife and bruised her, they would say [to the husband], 'Give her to him, that she may become pregnant for thee.'"

"If one cut off the ear of his neighbour's ass, they would order, 'Give it [the ass] to him until it grows again...’

Now, they had beds upon which travelers slept. If he [the traveler] was too long, they shorten- ed him [by lopping off his feet]; if too short, they stretched him out..." This is wicked and cruel Inhospitality, not homosexuality.

"A certain maiden gave some bread to a poor man, [hiding it] in a pitcher. On the matter becoming known, they (the men of Sodom) daubed her with honey and placed her on the parapet of the wall, and the bees came and consumed her. Thus it is written, And the Lord said, The cry of Sodom and Gomorrah, because it is great.”

These sins indicate the immoral condition of Sodom but no mention is made of homosexuality. Nothing is said of gay men or gay marriage or gay anything. The ancient Jewish rabbis were crystal clear about Sodom. The sins they listed did not include homosexuality.

The Babylonian Talmud on Sodom
Sanhedrin 109

Hundreds of years before the birth of Christ, our ancient Jewish ancestors understood the Sodom story as dealing with greed, heterosexual rape and inhospitality, a vicious lack of hospitality toward strangers.

The men of Sodom, according to the ancient Rabbis, were heterosexually married, having sex with their wives and producing offspring. Genesis 19:4 says there were "both old and young, all the people from every quarter" of Sodom.

The sexual activity in Sodom, according to the ancient Jewish Rabbis, in the Babylonian Talmud on Sodom, was heterosexual adultery.

For 1700 years, Sodom was viewed
as a story about lack of hospitality

Jesus never mentioned Homosexuality
as the sin of Sodom.

The Babylonian Talmud On Sodom provides unmistakably clear testimony about Jewish views of the Sodom story long before the birth of Christ. Why do so many modern Christians ignore this clear evidence that our ancient Jewish ancestors did not view the Sodom story as a warning against homosexuality?

Understanding the sin of Sodom as Inhospitality was the predominant Jewish belief for approximately 1400 years, from the time Moses wrote the Sodom story to the time of Christ. During the earthly ministry of Jesus Christ, the only sin of Sodom Jesus mentioned was Inhospitality or lack of Hospitality.

The Babylonian Talmud On Sodom, from Sanhedrin 109 is something every gay Christian should know. Don't allow the anti-gay crowd to pollute your mind with their false views. We know the truth and like Jesus promised, The truth sets us free. The Babylonian Talmud on Sodom provides clear and concise historical evidence that many of our Jewish ancestors did not believe the modern mean-spirited anti-gay interpretation of Sodom.

Anti-gay Christians need to repent and
acknowledge the truth,
that the Sodom story
is not about homosexuality. 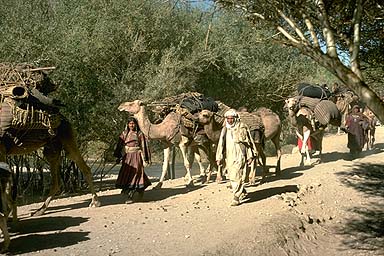 Hospitality to travelers was the glue that held ancient near eastern society together. Since Inhospitality is the predominant viewpoint of the Sodom story both in scripture and Jewish history, twenty first century Christians, Conservatives, Catholics, Evangelicals and Bible believing fundamentalists, need to repent of their sins against the gay community and admit the truth of scripture and history. The Sodom story is not now and never has been about homosexuality.

What really happened in ancient Sodom?

Inhospitality As The Sin of Sodom

History And Scripture Are Clear
About The Sin Of Sodom


In The Bible sodomites were
shrine prostitutes, not homosexuals