Torah Keeping - What have Christians taught for 2000 years?

Keeping Torah to get saved or to be right with God
has never been God's requirement for Christians. 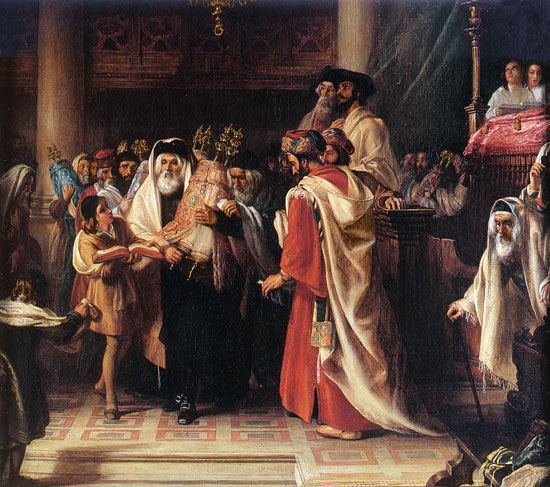 
The Torah is the first five books of the Bible, Genesis, Exodus, Leviticus, Numbers and Deuteronomy, often referred to as the Law or Jewish Law or the law of Moses. There is much debate in religious circles about keeping the Law.

Yet one thing is crystal clear. Evangelical Christians have always taught that born again believers in Jesus Christ are NOT required to keep the Law. Our gay Christian viewpoint about the Law is absolutely rock solid and right in the mainstream of Christian belief down the centuries. Here is what leading Christian scholars say about Torah observance.


According to prominent scholars
Christians are NOT under Torah Law

If anyone is competent to issue an opinion about Christians keeping Jewish Law, it is Paul.

He wrote 14 books of our New Testament. He was a privately tutored pupil of Gamaliel, the leading Jewish teacher of the first century. And he converted from being an ardent Jewish law-keeper to being an ardent Christian preacher. These truths about keeping the Law were given to the apostle Paul by inspiration of God and represent God's view about Christians keeping the Law of Moses.

"For if there was no need of circumcision before Abraham or of the observance of Sabbaths, of feasts and sacrifices, before Moses; no more need is there of them now, after that, according to the will of God, Jesus Christ the Son of God has been born without sin, of a virgin sprung from the stock of Abraham."

Christ is the end or finish of the Law to all who believe in Him. The Law can no longer accuse or condemn them.

Keeping Torah is not for Christians

“But lest it should be said, If the law was of this use and service under the Jewish, why may it not continue to be so under the Christian state too, the apostle adds (Galatians 3:25) that after faith has come, and the gospel dispensation has taken place, under which Christ, and the way of pardon and life through faith in him, are set in the clearest light, we are no longer under a schoolmaster-we have no such need of the law to direct us to him as there was then. Thus the apostle acquaints us for what uses and purposes the law served...

The great fault and folly of the Jews, in mistaking the design of the law (Torah), and abusing it to a very different purpose from that which God intended in the giving of it; for they expected to be justified by the works of it, whereas it was never designed to be the rule of their justification, but only a means of convincing them of their guilt and of their need of a Saviour, and of directing them to Christ, and faith in him, as the only way of obtaining this privilege.

This Link to Matthew Henry's words will open in a new page.

“No, the real purpose of the Law was temporary: to function as a guardian or jailor, condemning the sin of the Israelites, and thus preparing the way for Christ. Once Christ comes, the new age of faith breaks in and we do not need a guardian.” (the law)

“The law leads us to Christ, and there its office ceases.”


C.I. Scofield, of the Scofield Reference Bible, did not teach Torah keeping.


“Law [Torah], as a method of the divine dealing with man, characterized the dispensation extending from the giving of the law to the death of Jesus Christ, Galatians 3:13,14,23,24.

This Link to C.I. Scofield's words will open in a new page.


"We are no longer under a schoolmaster." The bondage and servitude [of the law] have passed away; and we are free from the burdensome ceremonies and expensive rites of the Jewish law, and from the sense of condemnation which it imposes.

This was true of the converts from Judaism to Christianity - that they became free from the burdensome rites of the law [Torah]; and it is true of all converts to the faith of Christ, that having been made to see their sin by the law, and having been conducted by it to the cross of the Redeemer, they are now made free.” [from the law]

"Now here comes Jesus, and he undoes much of the Old Testament law. In fact, I think he undoes all of it as law, according to Romans 7:4 where it says that we died to the law so that we may belong to another. And the reason he undoes it is not because it was wrong under those circumstances to do what he said to do. Rather, with the coming of Christ, his rejection of an earthly kingdom, and the establishment of a spiritual kingdom, Jesus says that the kingdom will be taken away from the Jews and be given to a people who bear its fruits, that is, the church."


"The second purpose of the Law [Torah] was to provide a temporary provision for man’s sin until the permanent cure came in the person of Christ. The purpose which God gave the Law was provisional and preliminary. Paul writes that the Law was given “until the seed to whom the promise referred had come” (v. 19).

The Book of Hebrews describes at length the superiority of Christ to the provisions of the Law (Torah), proving both the inferiority and the interim nature of the Law. The Law of Moses is just like the... spare tire [in your trunk]. It was never intended to replace the promises of God made to all men through Abraham. It was temporary until the promises were fulfilled in Christ.

Once Christ had come, the Law was no longer required. To return to the Law, now superseded by the grace of God in Christ, is as foolish as going to a tire dealer and asking him to replace your tires with GM spares on each wheel.

Therefore, the observance of the Law, as previously required of Old Testament saints, is now only an anachronism, no longer binding on the New Testament believer. Strongly implied in these verses is the foolishness of trying to “turn back the clock” to once again live under the restrictions of the Law.”

Pastor Bob Deffinbaugh earned the Th.M. from Dallas Theological Seminary. Bob is a pastor/teacher and elder at Community Bible Chapel in Richardson, Texas.

This Link to Bob Deffinbaugh's words will open in a new page.

“Paul’s point is that the law (Torah) was intended to function only during this 1500 year period of anticipation... [approximately 1450 BC to AD 30] The reign of law has ended for those believers who now through the coming of Jesus have become mature sons of God.”


“It was a tragic hour when the Reformation churches wrote the Ten Commandments into their creeds and catechisms and sought to bring Gentile believers into bondage to Jewish law (Torah), which was never intended either for the Gentile nations or for the church."

Dr. Barnhouse was a prominent Presbyterian leader of American evangelicalism in the last half of the twentieth century.

But men are blinded. How could persons be more under the law than when they adopt the language of the Ten Commandments as the expression of their own relationship before God?

The moment you put Christians under the law as that by which they have to walk, you are doing the very evil that the Epistle to the Galatians was intended to correct.”

He assisted Dr. Samuel P. Tregelles as a Biblical textual critic and Kelly himself published, in 1860, a critical edition of the Revelation of John.

"Jesus did away with the Old Testament laws. First of all, it is true that Jesus came to fulfill the righteous demands of the Old Testament law (Matt 5:17-18: see also Rom. 10:2-3). He did not do away with it by destroying, but rather by fulfilling it... The law was in place only until Christ came. The law was put in charge to lead us to Christ that we might be justified by faith.' But 'now that faith has come, we are no longer under the supervision of the law' (Gal. 3:24-25). Here too it is clear that Paul includes the moral law of Moses because he refers to it as what was given at Sinai some 430 years after the promise was confirmed to the patriarch (v. 17). And what was given at Sinai were the Ten Commandments which contain the very heart and basis of the moral law. So the whole law of Moses which was given to Israel was taken away by Christ.”

Dr. Norm Geisler taught Systematic Theology at Dallas Theological Seminary from 1979-1988 and was co-founder of Southern Evangelical Seminary in 1992.

It is clear from these quotes that the viewpoint that Christians are NOT under the law, that Torah observance is NOT required, is consistently the view of evangelicals for 2000 years, from the time of the Apostle Paul to the present time.

Use the Law to witness for Jesus

Jewish Law not for Christians to practice

What's the purpose of Moses Law?

Are Christians under Jewish Law?