Is Sabbath keeping something Christians must do? 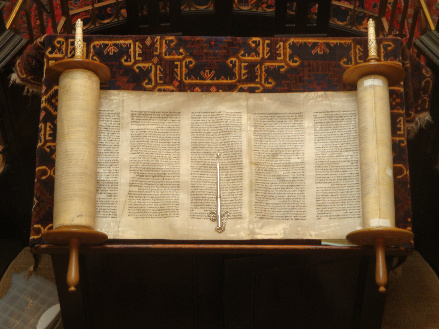 Does the New Testament ever command Christian Sabbath keeping?

The anwer is NO! God's commandment to keep the Sabbath was given to Old Testament Jews, in Exodus 16, 19 & 20 in the Old Testament, NOT to Christians in the New Testament.

1450 years before any Christians showed up, Moses specifically says “the LORD hath given you [Jews] the sabbath...” Exodus 16:29. Saturday Sabbath observance was part of Jewish life in Old Testament times.

In the New Testament, while Jesus is on earth ministering to Jews, before His crucifixion and resurrection, Jews were still observing the Sabbath. But remember, while Jesus was in His earthly ministry, there were no Christians around. The Christian church didn’t start till after Jesus died on the Cross, Ephesians 2:15-16.

The Christian church was composed of Jews and Gentiles who had believed on Jesus as their Messiah and they debated each other in Acts 15:7, about keeping the Jewish law.

Around AD 48, guided by the Holy Spirit, the early Christian church and the apostles, who were personally taught by the Lord Jesus, affirmed it was NOT necessary for Gentile Christians to keep the Jewish law,
Acts 15:1, 5, 7, 10, 11, 19.

Sabbath Keeping? No way. According to Acts 15:24, within 20 years of the resurrection of Christ, the early church and the apostles who walked and talked and learned from Christ Himself, affirmed that Gentile believers are not commanded to keep the law.

That means no New Testament Christian is required to keep the Saturday Jewish Sabbath.

When Christians learned that they did not have to observe Jewish laws, including the Jewish sabbath, the Bible tells us they rejoiced, Acts 15:31.

Sabbath Keeping? No, most certainly not! Most Christians, from New Testament times to the present, did not keep the seventh day Sabbath. Sabbath keeping was an ordinance of the Jews, marking them out as a special people set apart for God. Christians in the New Testament are never commanded to keep the Sabbath.

In fact, Acts 21:20-25 makes it clear that Gentile believers were specifically told, in writing, that they did not have to keep the Jewish law, which includes the Sabbath.

To maintain courtesy and respect between Jewish and Gentile believers, at a time when the church was made up of many Jews and many Gentiles, Gentile Christians were asked to do four things, Acts 15:20, 29 and 21:25, but no one said, Keep the Sabbath. Sabbath Keeping?

Which Day Did Bible Believing Christians Observe In The New Testament?

Early Church History
Is Unmistakably Clear
That Christians Worshiped On Sunday
The First Day Of The Week
Not Saturday, The Seventh Day

There is no indication in scripture or history that anyone from Adam to Moses kept a seventh day Sabbath. Deuteronomy 5:3 makes it clear that the Law, including Sabbath observance, was NOT made with anyone till Moses received it as a commandment of God for Jews, after the Exodus from Egypt.

Sabbath Keeping? No, it didn’t happen before God gave the Law to Moses on Mt. Sinai, Deu 5:3, and it was never commanded for anyone after the resurrection of Christ. Early church history is clear that Christians worshiped on Sunday, the first day. Some early Christians referred to Sunday as the eighth day, because it was the day after the seventh day, Saturday. Sabbath Keeping? It is never commanded for New Testament Christians.

Church History Tells Us That Christians Worshiped On The First Day, Sunday
And Not On The Seventh Day
Saturday AD 90 - The DIDACHE

1. But every Lord's day [Sunday] do ye gather yourselves together, and break bread, and give thanksgiving after having confessed your transgressions, that your sacrifice may be pure.

2. But let no one that is at variance with his fellow come together with you, until they be reconciled, that your sacrifice may not be profaned.

3. For this is that which was spoken by the Lord: In every place and time offer to me a pure sacrifice; for I am a great King, saith the Lord, and my name is wonderful among the nations." - Didache: The Teaching of the Twelve Apostles, Chapter XIV

"We keep the eighth day [Sunday] with joyfulness, the day also on which Jesus rose again from the dead..."

“Moreover God says to the Jews, 'Your new moons and Sabbaths 1 cannot endure.' You see how he says, 'The present Sabbaths are not acceptable to me, but the Sabbath which I have made in which, when I have rested from all things, I will make the beginning of the eighth day [Sunday] which is the beginning of another world.'

Wherefore we Christians keep the eighth day [Sunday] for joy, on which also Jesus arose from the dead and when he appeared ascended into heaven. -The Epistle of Barnabas, 15:8ff, AD 100, Ante-Nicene Fathers, Vol 1, p. 147

Around AD 150, Justin Martyr wrote extensively about how Christians worshiped on Sunday, instead of on Saturday, the Jewish Sabbath...

"The command of circumcision, again, bidding [them] always circumcise the children on the eighth day [Sunday]...”

“...those who have persecuted and do persecute Christ, if they do not repent, shall not inherit anything on the holy mountain. But the Gentiles, who have believed on Him, and have repented of the sins which they have committed, they shall receive the inheritance along with the patriarchs and the prophets, and the just men who are descended from Jacob,

even although they neither keep the Sabbath, nor are circumcised, nor observe the feasts. Assuredly they shall receive the holy inheritance of God. (Dialogue With Trypho the Jew, 150-165 AD, Ante-Nicene Fathers, Vol. 1, page 207).

“But if we do not admit this, we shall be liable to fall into foolish opinion, as if it were not the same God who existed in the times of Enoch and all the rest, who neither were circumcised after the flesh, nor observed Sabbaths, nor any other rites, seeing that Moses enjoined such observances...

For if there was no need of circumcision before Abraham, or of the observance of Sabbaths, of feasts and sacrifices, before Moses; no more need is there of them now,

after that, according to the will of God, Jesus Christ the Son of God has been born without sin, of a virgin sprung from the stock of Abraham. (Dialogue With Trypho the Jew, 150-165 AD, Ante-Nicene Fathers, Vol. 1, page 206). No sabbath keeping here.

“And on the day called Sunday, all who live in cities or in the country gather together to one place, and the memoirs of the apostles or the writings of the prophets are read, as long as time permits...

Then we all rise together and pray, and, as we before said, when our prayer is ended, bread and wine and water are brought, and the president in like manner offers prayers and thanksgivings, according to his ability, and the people assent, saying Amen; and there is a distribution to each, and a participation of that over which thanks have been given, and to those who are absent a portion is sent by the deacons.

And they who are well to do, and willing, give what each thinks fit; and what is collected is deposited with the president, who succours the orphans and widows and those who, through sickness or any other cause, are in want, and those who are in bonds and the strangers sojourning among us, and in a word takes care of all who are in need.

But Sunday is the day on which we all hold our common assembly, because it is the first day on which God, having wrought a change in the darkness and matter, made the world; and Jesus Christ our Saviour on the same day rose from the dead.

For He was crucified on the day before that of Saturn (Saturday); and on the day after that of Saturn, which is the day of the Sun, having appeared to His apostles and disciples, He taught them these things, which we have submitted to you also for your consideration."

“Moreover, all those righteous men already mentioned [after mentioning Adam. Abel, Enoch, Lot, Noah, Melchizedek, and Abraham], though they kept no Sabbaths, were pleasing to God; and after them Abraham with all his descendants until Moses...

And you [fleshly Jews] were commanded to keep Sabbaths, that you might retain the memorial of God. For His word makes this announcement, saying, "That you may know that I am God who redeemed you." (Dialogue With Trypho the Jew, 150-165 AD, Ante-Nicene Fathers, Vol. 1, page 204). No Sabbath keeping here.

“There is no other thing for which you blame us, my friends, is there than this? That we [Christians] do not live according to the Law, nor, are we circumcised in the flesh as your forefathers, nor do we observe the Sabbath as you do. (Dialogue with Trypho 10:1.

Our scriptural conclusion is that there
is no New Testament commandment
which requires Christians
to keep the Saturday Sabbath.

Information about Gay Christian 101, our eBook.

80 Questions Sabbath Keepers Don’t Like To Answer (This Link will open in a new page).

If God wanted us to understand that all homosexual sex was wrong, how would He have said so in the Bible?

Are Christians Under The Law Of Moses?

Why Christians Do Not Keep The 613 Commands In The Law of Moses.

What is the purpose of the Law of Moses for Christians?

Does the Old Testament Law in Leviticus apply to Christians today?

The Law of Moses applied to Jews and resident aliens living in the Holy Land.