Cult prostitutes were
not gay or lesbian 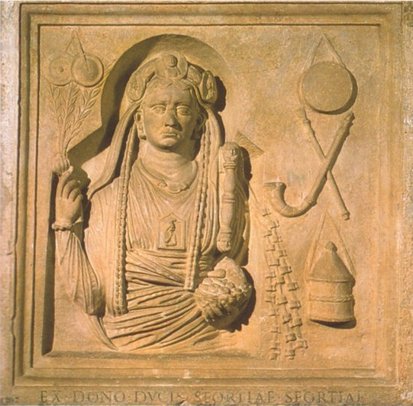 Many anti-gay Christians argue: In the last 100 years, gays have been reinterpreting the Bible to make it look like homosexuality is okay. Is that true? Is that a thoughtful objection? No, because there is no analogy between pagan religious prostitutes and modern, born again and saved, gays and lesbians.

Cult prostitutes are vastly different
from gays and lesbians!

A wise man once said: Things different are not equal. When we read the Bible, it matters if we approach scripture with an honest heart or a dishonest heart. A dishonest heart keeps us from discovering God's truth.

Aren’t you gay people just trying
to find an alibi for your sin?

Anti-gay Christians are the ones who
re-interpreted the Sodom story.

Ancient cult prostitutes were a reality in Old Testament times.

The people doing the reinterpretation are anti-gay Christians who departed from the biblical witness and from traditional Jewish and Christian teaching. They are the ones who have reinterpreted verses about cult prostitutes. They now allege that verses about shrine prostitution actually refer to committed, faithful, non-cultic same sex relationships and marriages, as we know them in modern times.

They are wrong. There is no logical analogy between ancient cult prostitutes who worshiped the fertility goddess and modern homosexuals, many of whom are born again Christians who love and serve Jesus Christ. Cult prostitution is about idolatry. It is simply a fact that gay marriage and non-cultic, same sex relationships are never condemned in the Bible.

I challenge you to find a verse which
in context, condemns non-cultic
same sex marriages.

Pagan worship of the fertility goddess by cult prostitutes is not the same as a committed, faithful, non-cultic same sex partnership. It is dishonest for anti-gay christians to keep lying about this issue.

The testimony of Roman coins

circulated in first century Rome, where the mother goddess, Cybele, is referred to as “Mater Deum” meaning “Mother of the gods.” Think about it for a minute. Cybele coins similar to the one pictured here were circulating in the Roman Empire for at least 75 years before the birth of Christ and for two hundred years afterward.

This particular coin was circulating in Rome in the first century, around AD 58, when Paul wrote his epistle to the Romans. Cybele worship and the power and influence of this fertility goddess whose temple loomed over Rome from atop the Palatine hill, frame the historical context of Romans 1.

2. Shrine prostitutes are not homosexuals.

3. The Bible forbids worship of the fertility goddess under the rubric of Molech worship.

4. The Bible is absolutely clear about pagan worship practices - God hates them.

5. Romans 1:26-27 is in the historical context of worshiping Cybele, the ancient fertility goddess.

6. The Greek word arsenokoites, in I Cor 6:9, never meant homosexual.

Sodomites are not gay!


Readers love our powerful 378 page eBook! Find out why Christians around the world, from South Africa to England to Australia to Mexico to Uganda to Taiwan and Canada and across America are reading Gay Christian 101 - Spiritual Self-Defense For Gay Christians.


If you're tired of being told it's a sin to be gay or that you have to change your sexual orientation because you got saved, read this book. It can change your life!