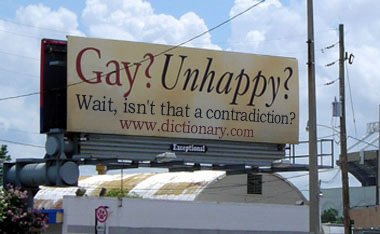 They tell you the Bible condemns homosexuality and you can't be saved and gay and happy in Jesus. You trust them because they're older and wiser and they're supposed to know what they're talking about.

You try to pray away the gay. You strengthen your resolve and positively affirm, "I'm not gay!" You struggle to change. You read anti-gay propaganda. You visit anti-gay websites. And if you or your family has enough money, you join an Ex-Gay program and struggle in community.

So you struggle with disappointment and disillusionment and decide you have to back off from your Christianity. After all, God wanted you to change - that's what all the smart Christians told you - and you couldn't change - even after spending $10,000 on an Ex-Gay program specifically designed to help you change.

And inside you a conflict grows. Some of the people who ran the YouGottaChange program were sincere Christians. Yet what they taught didn't work for you. And it didn't work for the others who endured an Ex-Homo or Ex-Lezzie ministry.

Never bought into the myth?

If some of you who never bought into their myth and never spent the $10,000 trying to change are feeling a little superior at this point, I don't blame you.

For some of us, the hard work of trying to become heterosexual seemed worthwhile because it was pitched as God's will for us. Preachers told us that gay is always wrong and God doesn't bless "the sin of being gay."

Discouraged, alone, confused, I began to read and study the Bible and the clobber passages. I determined to find the truth, the whole truth and nothing but the truth, so help me God.

It was not an easy road. But God had a secret weapon to show me His way. God's secret weapon was the Holy Spirit. As I studied the Bible, the Holy Spirit began to make things clear to me in and through the infallible written word of God. He pointed out the context of the clobber passages and taught me to interpret scripture in context, beginning with the situation it originally addressed.

My Coming Out - What God showed me about being gay.

A moment of wisdom came when
I started recognizing the red flags. 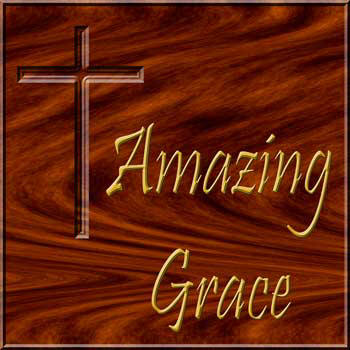 It was like a light bulb went on in my head!

If these people had really changed
from homosexual to heterosexual,
wouldn't their sexual temptations
now be heterosexual? 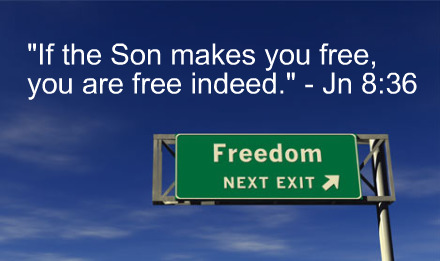 I changed my views about the ex-gays industry. I realized that if I bought into their lies, I would become like them. I would have to participate in their Ponzi scheme.

I would have to pretend to be changed, knowing all the while that I was not changed. Having come out of the closet once, if I followed the ex-gay rhetoric, I would have to go back into the metaphysical closet and spend the rest of my life there.

the thought of doing that sickened me.

It dawned on me that the Holy Spirit did not bear witness in my heart to the truth of the ex-gay lies. I wanted an honest life, lived in the power of the Holy Spirit, without subterfuge and deception.

I didn't want to embrace the false hope of change so that Christians who refused to read the Bible in context would like me again.

I didn't want to soothe their feelings
to gain their acceptance.

Things didn't improve right away. Spiritual life continued to be difficult while I studied and learned and grew in knowledge of God, the Bible and myself. Friends I had known for years began to drift away, quietly breaking fellowship. Most of them never had the courage to say why they broke off our friendship but I know it was over the gay issue.

I began to make new friends. And I noticed that God still blessed me and still answered my prayers. The attitude of some of my Baptist friends toward me had changed but God's loving attitude toward me never changed. God was always there, faithful and consistent.

Exodus - What you need to know
but they won't tell you.

What you should know
about Coming Out


You can Come Out
to thousands online FREE 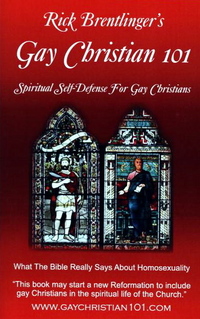 Get the book: Gay Christian 101
and discover God's truth

Return to the Exodus Page.

From the Ex-Gay myth.
Return to Gay Christian 101 Home Page.