My Mom and Dad come out No, my Mom and Dad were not gay. But parents of GLBT kids must also come out, in the sense that they acknowledge that their kid is gay. And for some, coming out as the parents of a gay kid is almost as traumatic as coming out is for their gay kid.

I came out to Mom and Dad in August of 1989. My coming out forced them, mostly against their will, to begin their own coming out process as the parents of a gay son. They struggled to under-stand and come to terms with the fact that they had a gay son. Mom asked me not to tell the rest of the family and without thinking it through, I agreed to her request. By agreeing not to tell the rest of the family, I prolonged my coming out process.

I am glad Mom and Dad were voracious readers. I acquired books for them to read about being gay, including books by Sylvia Pennington, Assembly of God pastor and an early defender of the GLBT community in San Francisco.

Mom did NOT like Sylvia Pennington's frank writing style but she read the books because she loved me and wanted to learn more about what it means to be gay. Mom also read, Breaking The Surface, the Greg Louganis story. Greg is an amazing guy and it was his book in particular, which helped Mom begin to understand her gay son.

Mom and Dad struggled with the thought that I might bring a strange gay man home to meet them. Their back yard had a six foot high wooden privacy fence. Trying to anticipate what might happen if the neighbors saw me being romantic with a man, Dad asked me not to hold hands or kiss a man out in public, where the neighbors could see me. If we were going to hold hands or kiss, he asked me to do that in the back yard, inside the privacy fence.

Mom and I were always close yet she struggled even to talk about gay topics with me. I found her discomfort a bit odd since she freely admitted she "always figured I was gay" and she had spent years working in a medical office with her friends who were gay men and lesbians. She told me she was willing to listen, although she was not com-fortable with listening. She said she preferred not to discuss me being gay although she would listen if I needed to talk.

Coming from such a theologically conservative background, Mom and Dad wrestled with what they had been taught, trying to reconcile what they thought the Bible said with what I was telling them about myself. At that time, I was going to Holy Cross MCC in Pensacola, FL. I invited them to go to church with me but they had no interest in going to a gay church.

I attended and participated in Holy Cross MCC for nine years, always praying and hoping I would meet the man who would be my partner. After nine years, I left the MCC because it was far more theologically liberal than I am and I found it difficult to make lasting friendships there.

A few years after I came out to Mom, she began her final struggle with breast cancer. My gay issues took a back seat as her life wound down. I spent her final year visiting every day, taking Mom and Dad out for lunch when she felt like getting out of the house.

In her final six weeks, I helped nurse and care for Mom as pain meds caused her to become too feisty with the hospice nurses. Mom went home to be with the Lord Jesus on January 3, 2002.

One of Mom's last requests was that I move in with Dad to look after him once she was gone. I did that. Dad and I had many happy times together and over the next two years, he began to make friends with the idea that it was okay for me to be a gay Christian.

In August of 2004, Dad was up early to supervise a worker we hired to help landscape the yard. As he worked alongside the landscaper, Dad tripped over a low-growing shrub and fell on the sidewalk, fracturing his hip.

Dad insisted that I pay the worker a full day's wage and send him home. Meanwhile, I had already called an ambulance to transport Dad to the hospital. The fractured hip resulted in hip replacement surgery and three months of rehabilitation in hospital and nursing home before Dad was well enough to come home. Even with the good progress he made, Dad was never able to drive again.

Dad, my sister and her husband and I prayed about what to do to make sure Dad got the best care. Together we concluded that the best thing for Dad was to move him from Florida back to Ohio, to live with my sister. My older brother John flew down to Florida to accompany Dad on his flight to Ohio and make sure he got through the airports safely.

After several years with my sister, Dad's health had deteriorated to the point where he needed more care than my sister could provide. By His wonderful grace the Lord led us to place Dad in a private room in a church-run nursing home in Pandora, Ohio.

For the last few days of his life, Dad was in a comatose state. My sister spent most of Friday sitting with him because she knew he was in the end-stage of life. About 9:30 in the evening she went home, took a shower and was getting ready for bed.

She told Steve, her husband, that she wasn't sleepy and she was going back to the nursing home to sit with Dad for a while. In his comatose state, Dad wasn't moving at all. He was sleeping peacefully, not in distress. Chris said at 3:51 a.m., Dad raised his head, opened his eyes, looked at the ceiling and a big smile brightened his face. Then he laid his head back on the pillow and was gone.

We had been praying that the Lord would take him home so it's a blessing to know he is now in heaven with Mom, my two brothers David and Dan, who died several years ago and with so many others he knew who were already in heaven.

For the first time in his life, Dad is seeing in person, the Jesus who saved him and Whom he served so faithfully on earth. Dad told my sister several months before he died, that he wanted to close his eyes on earth and open them in heaven and that's exactly what he did.

Here is the Obituary
I wrote for Dad

His wife, Connie preceded him in death on Jan 3, 2002, after 55 years of marriage. Brent and Connie got saved in 1951 at a tent meeting conducted by Peniel Temple in Lima, Ohio, part of Aimee Semple McPherson's minstry, and God radically changed their lives.

Although they got saved in a charismatic service, both Mom and Dad became avid Bible students. As they read and studied their Bibles, God led them to leave the charismatic movement and join Northside Baptist Church in Lima, Ohio, now North Park Community Church.

Brent was the loving father of six children, Rick, of Pace, FL, Chris (Sandy), John; Dan and David (both deceased) and James and proud grand-father of 13 grandchildren.

During World War II, Brent served for three years as an Army Medic, first in New Guinea and later in the Philippines, finishing his tour of duty as part of the Army of Occupation in Japan.

In civilian life Brent was a Master Tool & Die maker, an Independent Baptist Deacon, Sunday School Superintendent, Bible teacher and witness for Jesus Christ. A strong believer in the power of prayer, it gave Brent great joy to know that his wife Connie led all six of his children to trust Jesus Christ as Savior.

Brent will be interred beside his loving wife Connie, at Barrancas National Cemetery, Pensacola, FL. He requested that no service be held for him. In lieu of flowers, Brent encouraged those who knew him to support Bible believing missionaries who preach the gospel around the world. 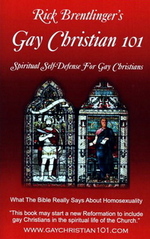 What is justification by faith?